This module:
Tracks the sun across it’s axis to maximise solar return

Is designed to concentrate the rays of the sun maximising energy production.

Is a unique combination producing both solar power and solar hot water.

Tracks the sun across it’s axis to maximise solar return 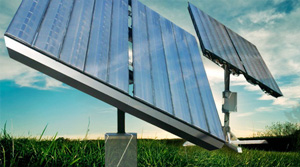 Is designed to concentrate the rays of the sun maximising energy production.

Is a unique combination producing both solar power and solar hot water.

Is comprised of a series or string of PV cells which form a solar panel which is traditionally glass covered, with a glass composite backing material that creates an encapsulated 'hothouse' effect. Standard PV specifications are obtained under the Standard Test Conditions (STCs): 1000 W/m2 solar irradiance, 1.5 Air Mass and cell temperature of 25°C.

If there is not direct solar radiation on the cell due to dirt build-up, bird droppings or shading from tress or buildings, then the entire solar panel may be rendered totally inefficient. The affected area only needs to be the size of a 50 cent coin and therefore the risk of a reduction in the system efficiency is high.

Through tracking the sun, the TSM captures more sunlight. This sunlight is then directed onto the TSM's heat exchangers after passing through a uniquely designed lens at an efficiency conversion rate of 70 – 80%. As a result of this high conversion rate, the TSM as a solar energy generating system generates in excess of 60% efficiency.

The TSM captures 40% more direct sunlight, when compared to traditional PV solar systems, due to its unique tracking system. Therefore, if a TSM is located in a location where there is an average of 8 sun hours per day, the TSM will receive in excess of 11 sun hours per day, which on annualised basis, will produce in excess of 8,000 kwhrs of combined heat and electrical energy.

The TSM produces electrical and heat energy, stored as hot water. This hot water accounts for 70% of the energy being produced with the remaining 30%, electrical energy production.

Heat energy driven air-conditioners can utilise the heat energy produced by the TSM. 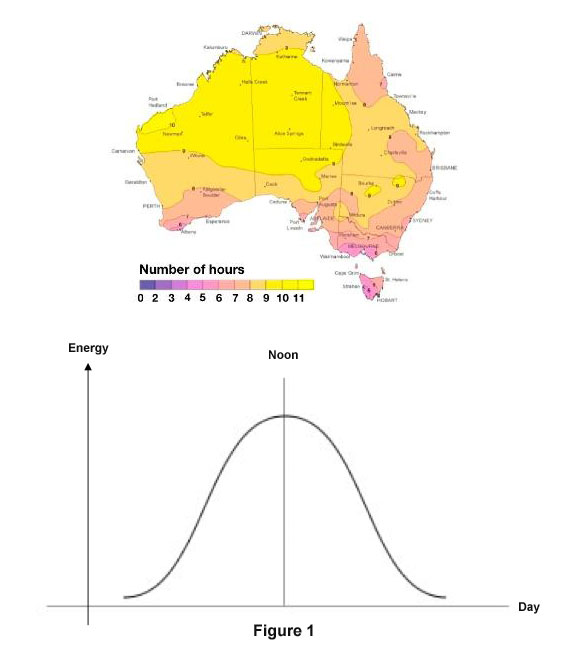 Figure 1 represents a typical one day period, with the produced energy increasing until noon, then reducing in the afternoon before diminishing in the evening. This is representative of a traditional flat panel PV system performance. 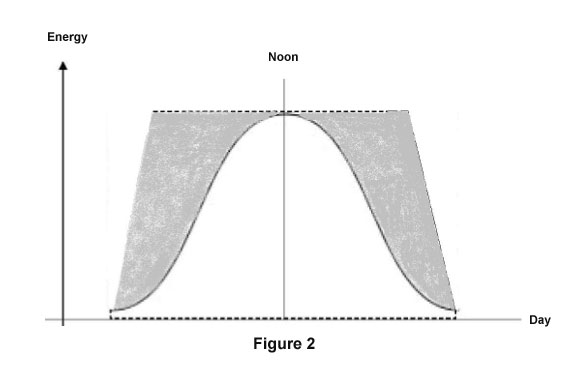 Figure 2 above overlays the TSM difference indicating that the TSM (shaded grey area) generates energy quicker and produces energy longer on a typical day. Due to its greater efficiency and system performance outputs, the TSM typically has a 40% performance increase over a flat panel PV system. 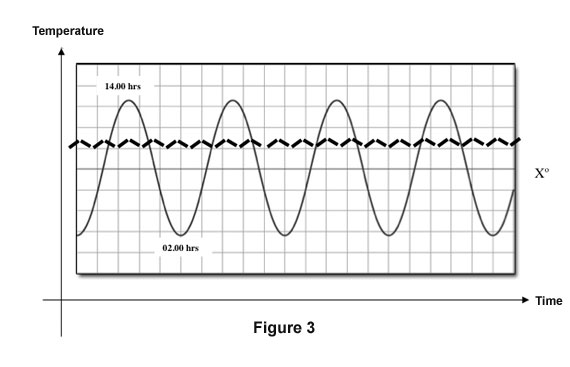 Figure 3 shows the heat cycle of a PV system in peaks and troughs. The TSM system temperature over time is represented by the thick dashed line indicating uniform temperature held. This significant variance is a result of the unique design of the TSM system.

How the TSM Works

Incoming solar radiation is concentrated as it passes through the unique TSM lenses onto the angled walls of a 10-trough assembly that then reflect the sunlight down onto PV cells and heat exchangers strategically positioned at the bottom of the trough system. The resultant generating efficiencies are multiplied many times when compared to traditional PV systems. Specifically a TSM will generate 2.1 kilowatts from a collection area of 3.5 M2 module whereas a conventional PV system will require more than 7 times this area to generate the same output. 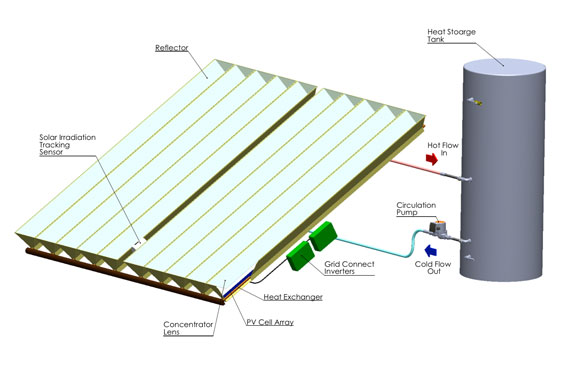 The features are as follows:

It will deliver an energy output at a substantially lower cost than the existing cost of energy from conventional PV panels.

It enables solar energy to be provided to the consumer using modules that will supply both heat energy (hot water) and electrical energy.

The modules can be supplied and installed at a cost which does not require the need for Government subsidies or rebates.

In addition the owner of the module may gain a financial benefit which would apply from the expected Small-scale Technology Certificates (STCs) and/or Renewable Energy Certificates (RECs) as well as any future Carbon Credits.